We finally started the process of designing our grad collections! The first step is to find an inspiration, which I found. I won't give it all away, but as a preview, here's a link to my inspiration Tumblr that I'll be showing in class!
http://apollonmusegetes.tumblr.com/
Thoughts thus far?
Posted by Evan at 8:41 PM 2 comments:

I don't have adequate words. Look. 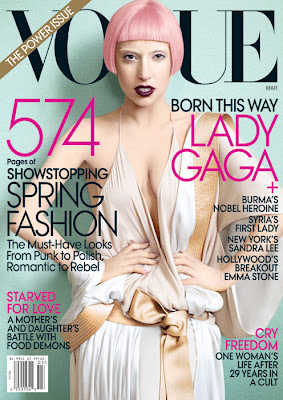 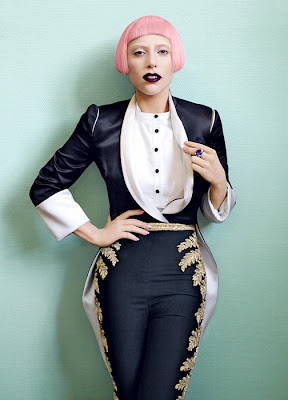 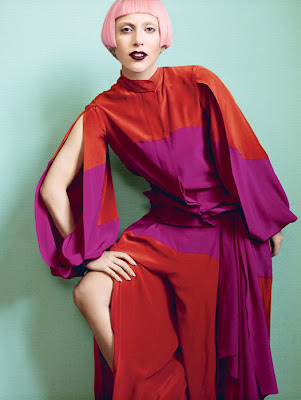 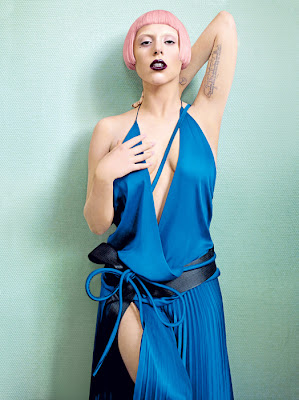 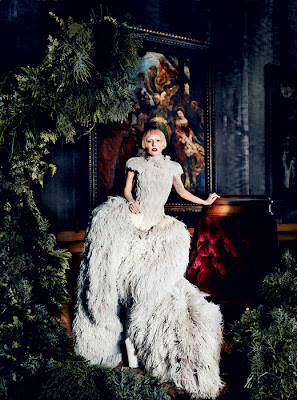 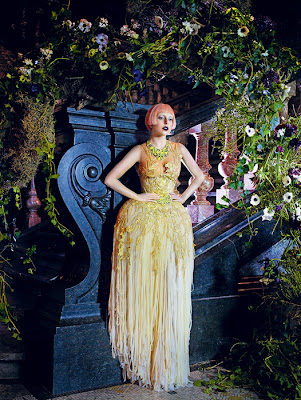 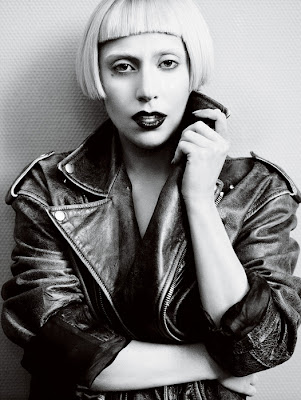 I couldn't tell you why, but I've been feeling a shift in my sense as a designer as of late. Previously, my tastes leaned towards the hard and sharp aspects of dress culture; but lately I've been favoring sexy, romantic lingerie inspired design. I think it's because I've been obsessively listening to this stunning cover of What's My Name by Hobbie Stuart.

The only word I can use to describe this song is "sexy". It's so incredibly sexy. I feel like it's the perfect soundtrack to go with the collection that Jean Paul Gaultier did for La Perla. 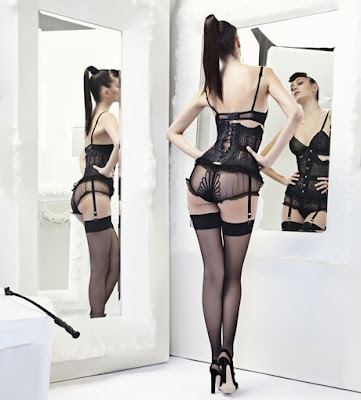 It's soft and romantic, but with a slightly dominating edge to it. The detail work is fabulous.
Posted by Evan at 6:34 PM No comments: And, is it just me, or did the mens show and the womens show HEAVILY influence each other as well? 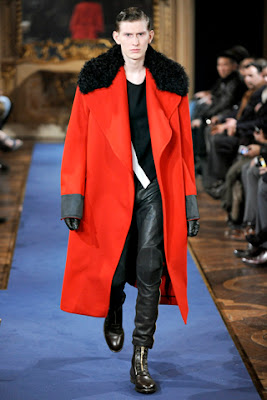 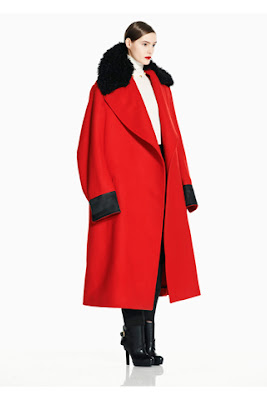 I'm really loving this new take on an obi (really really loose usage of the word, it's not even really an obi at all, or anything close to something like one. For lack of a better word, I shall call it an obi) style belt. 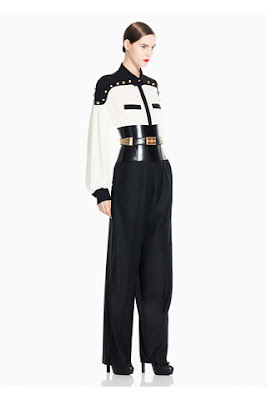 And the evening wear, it's very reminescent of some of the flower dresses from the McQueen archives (think Spring 2007) 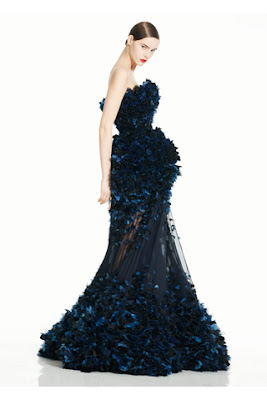 Ah, McQueen.... What do you think of Sarah Burton's Pre-Fall collection?
Posted by Evan at 12:49 PM 1 comment:

A while back it was announced that Nicola Formichetti (aka LADY GAGA'S STYLIST OMG) would be taking over the position of creative director at the famed haute couture label Thierry Mugler.
Whenever someone says the the words Thierry Mugler to me, I think drama and I think glamour. And glitter, lots and lots of glitter. He was known for taking the 80's power shoulder to new extremes, and for his fun catwalk shows that featured the hottest models of the time (Naomi, Linda etc...) in outfits that ranged from the space age to the classically demure with a futuristic twist. 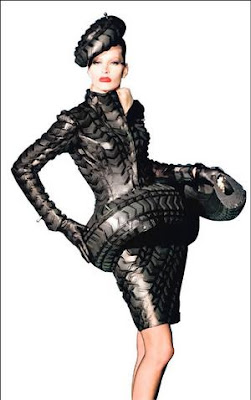 I don't know much about cars, but this tire suit is uber fierce. 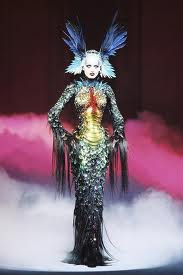 A classic Mugler gown. As a learning seamstress, I can appreciate what must have been the hundreds of hours that went into this breathtaking work of art.
Yesterday, Mr. Formichetti showed his first presentation for the label, which was for menswear Fall 2011. I thought it was quite good, though it strayed a bit from the Mugler look. 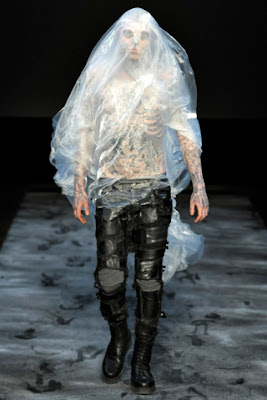 I LOVE THOSE PANTS. As soon as I saw those, I died a little inside knowing that I can't have them. I thought it was really interesting how he covered the tattoos of the model, which were applied to the models as a nod to the muse of this collection (Rico, a Canadian covered in skeletal tattoos). 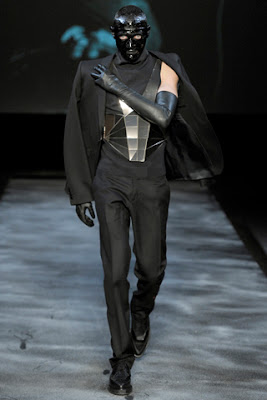 I loved this very Mugler take on the classic suit. 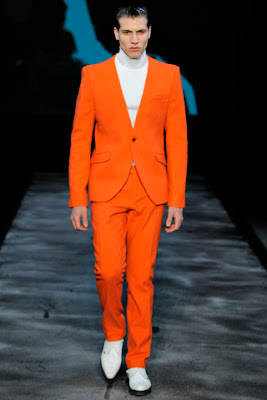 However, about halfway through the show, he started to introduce this neon orange, and then left it. I was thrown off by it, it was confusing, and while the pieces are nice, I didn't feel like they fit in with the rest of the collection. 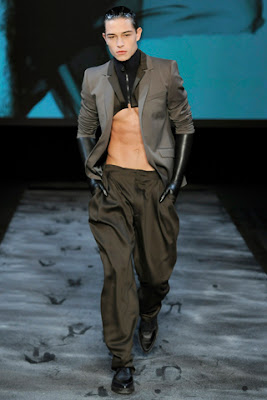 Another re-imagining of the suit. With a little tweaking (ie: more fabric), I could totally see myself wearing this.
Finally, Formichetti hired Lady Gaga as the musical director of the show. She did not disappoint and premiered a remix of a track coming off of her upcoming album! I especially love how she''s speaking German!
Lady Gaga - Scheiße (Remix) by gagadaily
Posted by Evan at 12:16 PM 1 comment: